Good News For Coffee Drinkers: It May Protect Your Liver


Can't live without your morning cup of joe? That may be a good thing: more and more studies are pointing to the health benefits of our favorite caffeinated beverage, especially when it comes to warding off liver disease.
"The first study linking coffee and liver disease appeared about 20 years ago," says Dr. Sanjiv Chopra, a hepatologist at Beth Israel Deaconess Medical Center in Boston and a professor of medicine at Harvard Medical School. "The researchers discovered that coffee drinkers had lower levels of liver enzymes. Since then, many studies have shown that coffee is amazingly protective for the liver."


According to the American Liver Foundation, liver diseases (including hepatitis, cirrhosis and liver cancer), affect one out of every 10 Americans. More than 42,000 people die of liver disease every year.
"We think about 1 billion people in the world have some form of chronic liver disease," Dr. Chopra says. "Imagine if there was a pill that could help 1 billion people? It would be front-page news."

Dr. Chopra points to a wealth of scientific evidence that makes the case for coffee: one study found that people who drank two cups of coffee each day had a 50% reduction in hospitalization and mortality from chronic liver disease. Another discovered that drinking two cups of coffee a day decreases the incidence of primary liver cancer by 43%.
A third study indicated that people who drank one cup of coffee each day had a 20% reduction in their risk of developing alcoholic cirrhosis of the liver, and increasing their consumption to two cups per day reduced their risk by 40%.
"This is not a license for our patients to drink heavily," Dr. Chopra warns. "The coffee may protect against cirrhosis, but you will still be subject to the other ravages of alcohol."

At this point, researchers aren't exactly sure what it is about coffee that is so beneficial for the liver. It appears that some of the compounds found in coffee (such as kahweol) have a protective effect on the liver, but they don't know precisely why.

Dr. Chopra points out that all of the research so far has focused on regular coffee; decaffeinated coffee doesn't seem to have the same beneficial effect. Drinking tea doesn't seem to protect the liver either. And specialty drinks like cappuccino haven't been studied yet.

Regardless, Dr. Chopra encourages all of his patients to indulge in some coffee-therapy. "When I see patients, I tell them that coffee is amazingly protective for the liver," he says.

"I ask all of them if they drink coffee," he says. "And as long as they have no contraindications, I suggest they start drinking coffee if they can, and gradually increase the amount until they get up to two cups a day."

Above content provided by Beth Israel Deaconess Medical Center
For advice about your medical care, consult your doctor 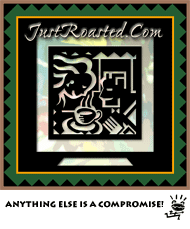 Don't want to miss any of our posts? Siimple! Subscribe below to receive updates via e-mail from Javaman.